We are continuing in siman 2 regarding the bracha of asher nosan reiach tov bapeiros. We learned yesterday that one should avoid smelling an esrog during Sukkos, due to the machlokes whether one should make a bracha. It is important to point out that the Mishnah Berurah writes that if one does pick up an esrog on Sukkos for the purpose of smelling it, they should  make a bracha. However, even according to the Mishnah Berurah, one should avoid the situation due to the machlokes.

The Chayei Adam writes that one only makes a bracha on smell when they smell an item intentionally. If one is not intentionally trying to smell it, such as they happen to notice the smell while eating it, they do not make a bracha.

If a person intends both to eat the item and smell it, they make both brachos, but there is a machlokes regarding the proper order. The Elyah Rabba writes that the bracha for food should precede the bracha for smell, because consumption of food is a greater hanaah than smell. He explains that if each bracha were being made on a separate item, the bracha on eating would precede the bracha on smell, so the procedure is the same when both brachos are made on the same item.

The Mishnah Berurah, while agreeing in the situation of two different items that food goes first,  if it is one item which he plans to use for both smell and eating, brings achronim who disagree and hold that the bracha on smell should precede the bracha on eating, because smell comes to a person quicker and before they derive benefit from eating. 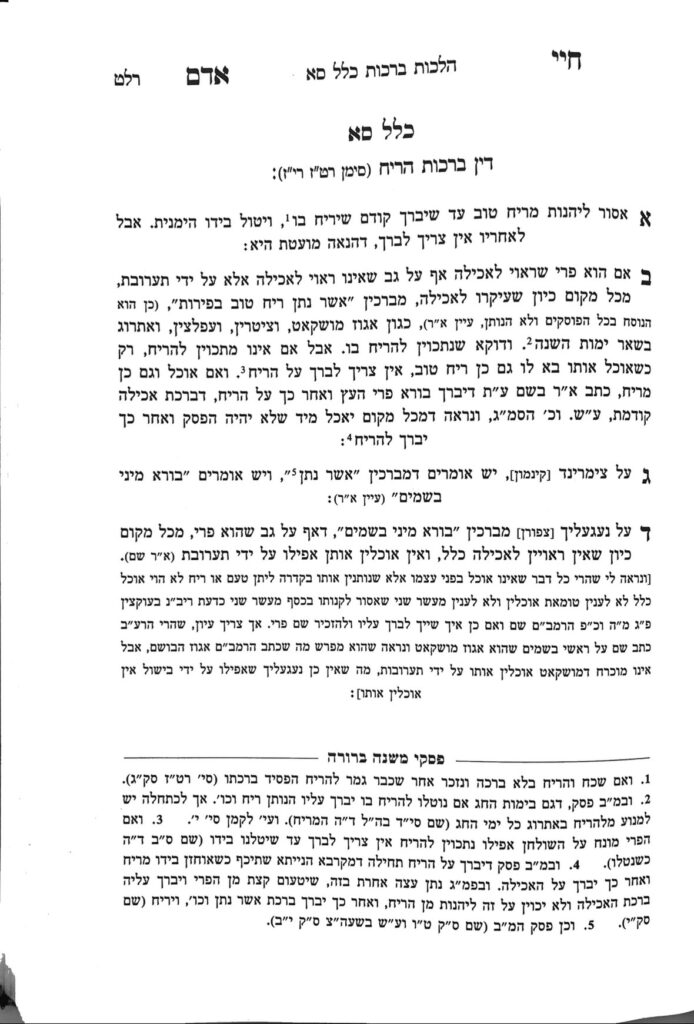