We are beginning siman 5.The Chayei Adam discusses birchas hachama.

Lechatchilla, the mitzvah should be said at sunrise, but it can be said until three hours after sunrise. Bedieved, it may be recited until chatzos. The Mishnah Berurah brings that it is praiseworthy to recite it together as a group.

Through Klal Yisroel’s collective wisdom, there are many additional tefillos and bakashos which have been added to birchas hachama, but the primary tefilla is this bracha.

The general minhag is to daven vasikin and then recite the bracha. Even though we learned that lechatchilla, the bracha on the sun should be made immediately at sunrise, shachris precedes it due to the rule of tadir (the mitzvos which we do more frequently take precedence). 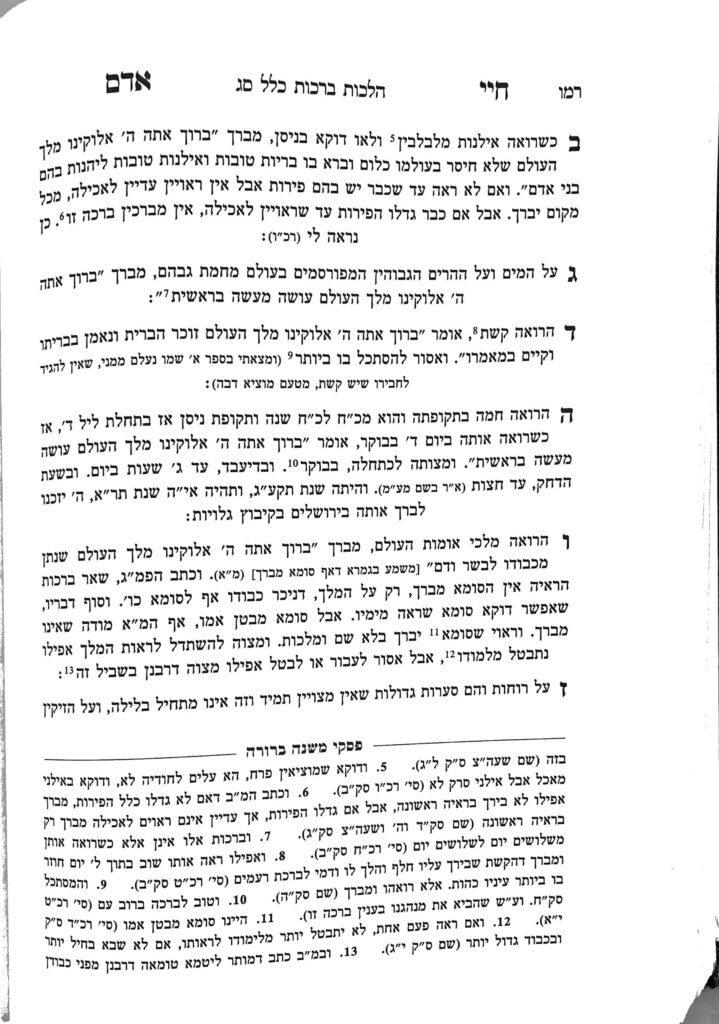