We are beginning siman 9. The Chayei Adam begins the siman by repeating that one must make a bracha toch kdei dibbur (1.3 seconds) of an occurrence, and if they pass that time, they cannot make the bracha. This timeframe applies to thunder, lightning, and moving stars.

This limitation does not apply to items which are constant, such as an ocean, where the bracha can be made even after toch kdei dibbur of the original sighting, since the item can still be seen.

In siman 10, the Chayei Adam mentions various specific items upon which Chazal instituted a bracha. Unfortunately, we no longer make these brachos.

The Rema writes that we no longer make this bracha, because we are so used to seeing avodah zarah that it no longer impacts us when we see it.

If one passes a place from which avodah zarah was uprooted in Eretz Yisroel, they recite the bracha she’akar avodas kochavim mei’artzeinu.

If one passes a place from which avodah zarah was uprooted in Chutz Laaretz, they recite the bracha she’akar avodas kochavim min hamakom hazeh.

It appears that we no longer make these brachos due to the reason given by the Rema above.

If one sees the place where Klal Yisroel crossed the Yam Suf or the Jordan, or Nachal Arnon, they recite the bracha she’asah neis la’avoseinu bamakom hazeh.

If one sees the pillar of salt of Lot’s wife, they recite two brachos. The first is dayan haemes, because Hashem punished her as she deserved. The second is zocher hatzaddikim, because Hashem remembered His covenant to protect Lot from the destruction of Sodom. The Mishnah Berurah points out that if one were to find Lot’s kever, they would not make the bracha, because it is not clear from seeing his kever that Lot was saved from Sodom. However, when one sees that there is only one pillar, and not two, they recognize how Lot was saved in the zechus of Avraham.

It is no longer clear to us where any of these items or places are, so we no longer recite these brachos. 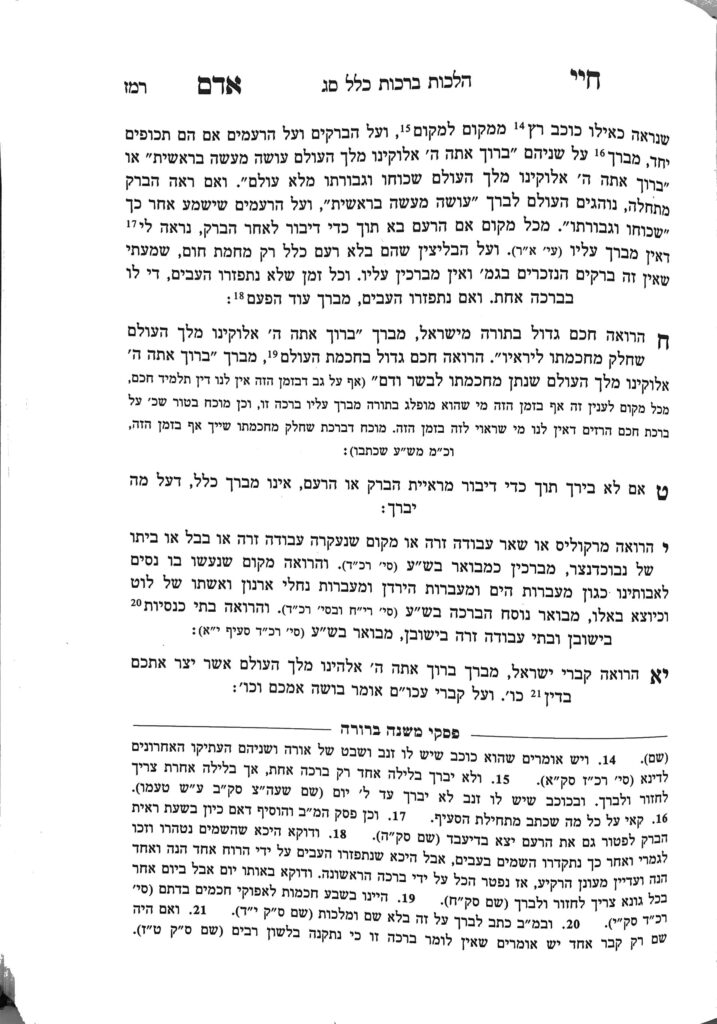