We are beginning siman 14. When one sees a unique, striking individual, they recite the bracha of meshaneh habriyos. The Chayei Adam brings a midget, a giant, a person with extremely dark skin, and certain types of animals as examples of when this bracha is recited.

Some meforshim learn that this bracha is only made on a child born with dark skin from parents who are white skinned.

Even if one were to make the bracha, there is a machlokes in the poskim whether one only makes the bracha the first time they see this animal (as was the halacha regarding shekacha lo beolamo, see shiur 1212), or every 30 days. Due to the safeik, Ashkenazim should not recite the bracha with Hashem’s name after their first sighting.

Rav David Yosef writes that one may recite the bracha with Hashem’s name after 30 days, and that appears to be the minhag of the Sephardim.

In siman 15, the Chayei Adam writes that if one meets a friend who has undergone a significant physical change for the worse, such as losing a hand, becoming lame, or losing vision, they recite the bracha of dayan haemes. As we have learned previously (shiur 1228), the minhag is to refrain from making the bracha in these circumstances. Nevertheless, as we have learned, should one feel strongly about the situation, they may recite it. 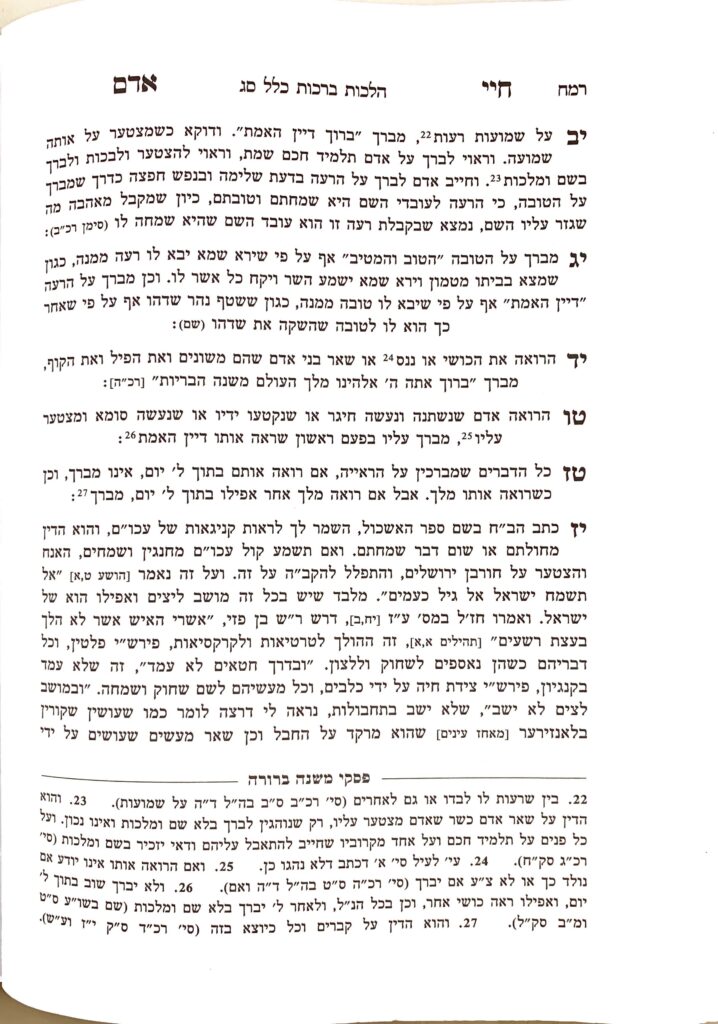