We are beginning siman 3. The Chayei Adam writes that when a person’s son turns bar mitzvah, the first time the child receives an aliyah, the father recites the bracha ברוך אתה ה אלוקינו מלך העולם אשר פטרני מעונשו של זה. The Rema, in siman 225:2, writes that some people recite שפטרני instead of אשר פטרני. Additionally, he writes that it is better to recite the bracha without Hashem’s name, just reciting ברוך שפטרני מעונשו של זה.

The Chayei Adam disagrees with the Rema. The Chayei Adam writes that the Maharil, one of the Gedolei Ashkenazi who lived a few generations before the Rema, would make this bracha with Hashem’s name.

The Rema, in Darkei Moshe, asks on the Maharil that this bracha is not found in the Gemara, and, if so, has no precedent.

The Chayei Adam writes that the Maharshal seems to find a middle ground. A bracha which has no source at all cannot be instituted by the Geonim. But if a bracha has some sort of source in Chazal, the Geonim can come along later and establish it as a bona fide bracha.

There are other brachos to which this discussion applies as well. The brachos of hanosein la’yeif koach, she’asani kirtzono and mekadeish es shimcha barabim are not found in the Gemara, but instituted by the Geonim. On the other hand, someich noflim and magbiah shefalim are examples of two brachos which we do not say, because they have no earlier source whatsoever.

We will discuss this further in upcoming shiurim. 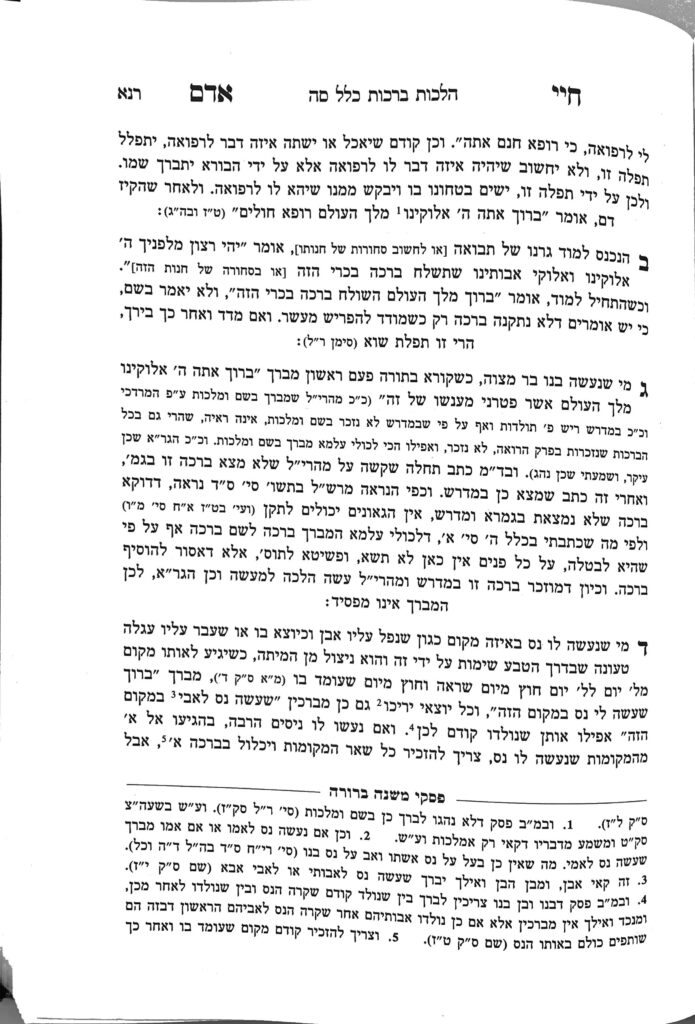