We are beginning siman 6, which discusses birkas hagomeil.

Chazal teach us that there are four types of people who are obligated to give thanks to Hashem, based on kapitel 107 in Tehillim. The pesukim describe four scenarios: a person traveling through the sea, a person traveling through the desert, a person who is deathly ill, and a person who is in jail. (Jail is considered a life-threatening venture either due to the jailers, the inmates, or the conditions.) At the beginning of siman 219, the Shulchan Aruch writes that the mnemonic to remember these four groups of people is the word chayim, which stands for chavush, yisurim (sickness), yam and midbar.

However, the Mishnah Berurah writes that the Achronim disagree with the Shulchan Aruch, and hold that any danger which approximates the four cases in Chazal would receive the bracha with Hashem’s name. 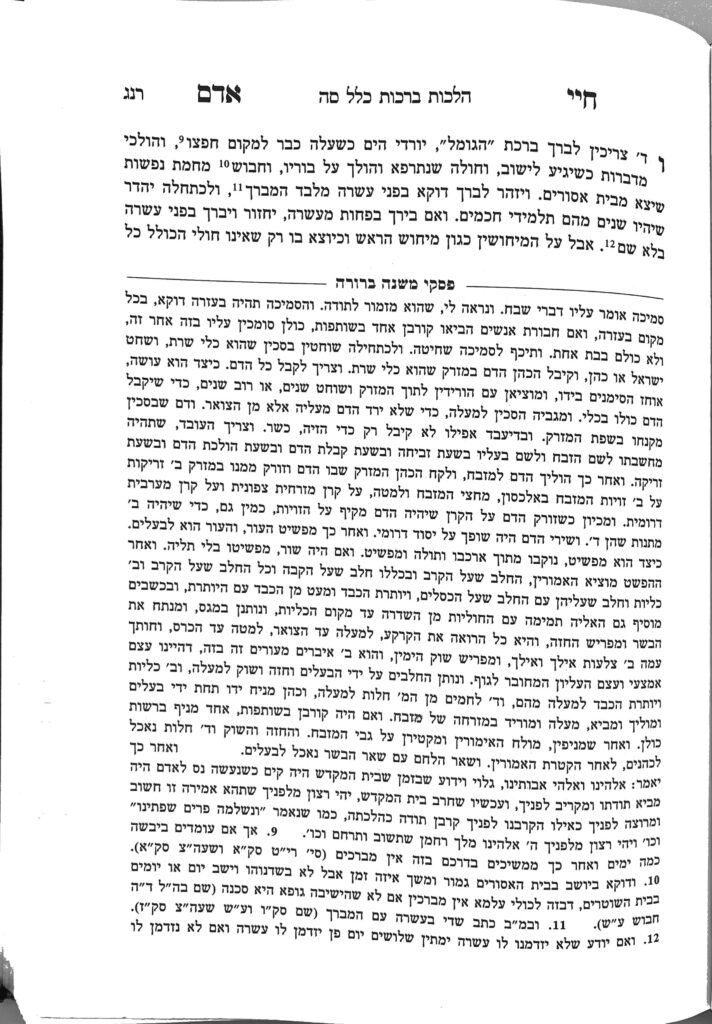