We are beginning Klal 66, which discusses the halachos of chinuch from parent to child. We will learn that this chiyuv certainly applies to a father and possibly to a mother.

Although we colloquially use the word chinuch as education, the precise usage is as follows. There are three levels of responsibility towards a child:

1) not to directly cause the child to do an aveirah (at any age),

2) stopping a child from an aveirah they are doing on their own (from an age of understanding on the child’s part),

3) and to train the child to do mitzvos properly. This third point is what is referred to generally when using the halachic term of Chinuch. Is it understood to be an enactment of Chazal, i.e., derabbonon.

It is important to note that one only fulfils the mitzvah of chinuch when they teach their child the proper way to fulfil a mitzvah. Thus, for example, giving a child a celery stick and lemon on Sukkos does not fulfil the chiyuv chinuch of arba minim, because it does not train the child to do the mitzvah properly. We will see more about the parameters of this point throughout the Klal.

In addition to chinuch, there is a mitzvah of velimadetem osam, teaching the child Torah, including halacha and hashkafa. However, there is no mitzvah deoraysa of chinuch explicitly in the Torah; it is a mitzvah derabanan.

The other mitzvah deoraysa related to children is to teach them on the night of the seder, as learned from the pasuk vehigadeta levincha.

(The Meshech Chochma does suggest that a chiyuv chinuch deoraysa could be learned from the pasuk regarding Avraham, כִּ֣י יְדַעְתִּ֗יו לְמַ֩עַן֩ אֲשֶׁ֨ר יְצַוֶּ֜ה אֶת־בָּנָ֤יו וְאֶת־בֵּיתוֹ֙ אַחֲרָ֔יו (Bereishis 18:19). It appears from the pasuk that part of Hashem’s special relationship with Avraham was as a result of Avraham teaching his children. This then is clearly Hashem’s ratzon, which can be construed as a mitzvah. Furthermore, the language of the pasuk indicates the Avraham received this relationship in order that he will train (yetzaveh) his children (lma’an means in order that), so the relationship requires us to train our children)

The chiyuv chinuch extends until bar mitzvah. After bar mitzvah, mitzvos become the child’s responsibility. However, there are other mitzvos and obligations which still apply from parents to children even after bar mitzvah.

Although the mitzvah of chinuch may end by bar mitzvah, the mitzvos of velimadetem and vehigadeta extend past bar mitzvah. 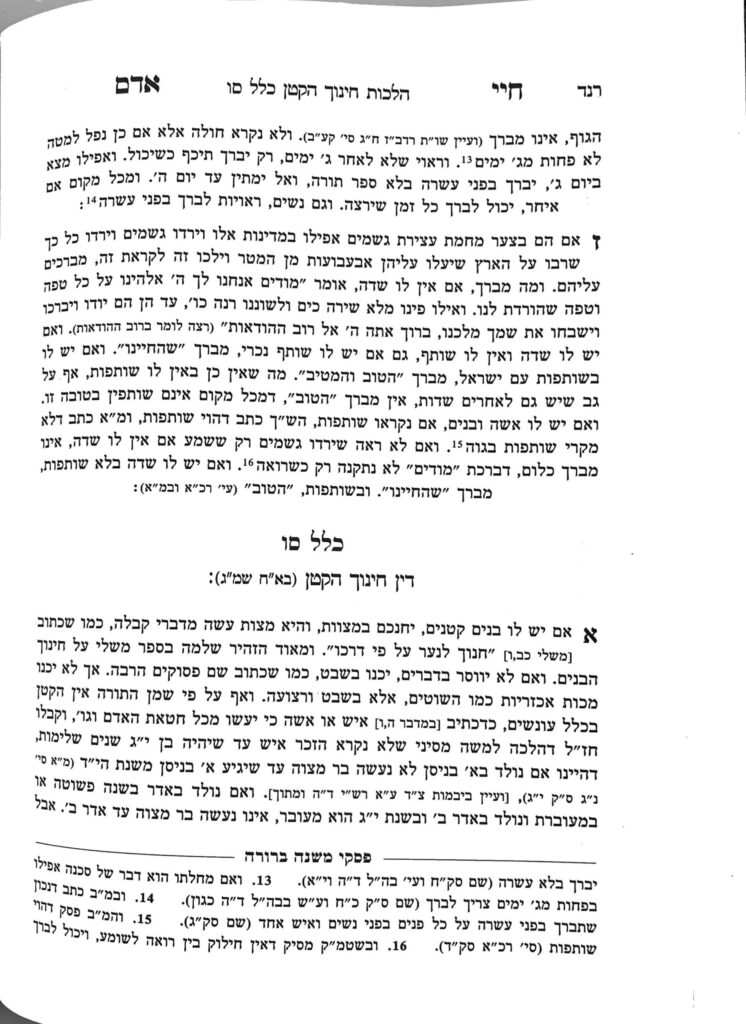