We are continuing in siman 12, where the Chayei Adam discusses the age at which a katan’s neder will be binding mideoraysa. We learned that this age is age 12 for a boy, and age 11 for a girl. Before these ages, even if the katan understands their words, it does not take effect.

The Chayei Adam writes that although a neder made by a katan under the age of 12 (for a boy) or 11 (for a girl) does not take effect, nevertheless, one must speak strongly to the child against making nedarim. One must even hit them if necessary and appropriate (see shiur 1263 and 1264), in order to discourage this behavior.

If the katan made a neder or shevuah regarding something which they can feasibly fulfill without impacting their health in a detrimental way, we encourage the katan to fulfil it–even though it is not binding–in order for the child to be trained regarding the binding effect of a neder, should the neder have truly been binding.

The Chayei Adam writes that similarly, these halachos of nedarim apply to kabbalas taanis, accepting a fast upon oneself. A boy from age 12 and a girl from age 11 who accept a taanis upon themselves have accepted the fulfillment of the taanis as a neder. A child under that age has not effected anything, and their neder would be treated as mentioned above.

A father has the power of hafarah (annulment) on his daughter’s nedarim until age twelve and a half. This power applies from when a girl’s nedarim can be effective; i.e., age 11. This power does not apply to a son.

Once married (nesuin), a father has no power over his daughter’s nedarim, and the power transfers to the husband, even of an adult woman. However, unlike the father, a husband only has the power to perform hafarah on nidrei inui nefesh or nedarim which impact him or which impact their relationship. 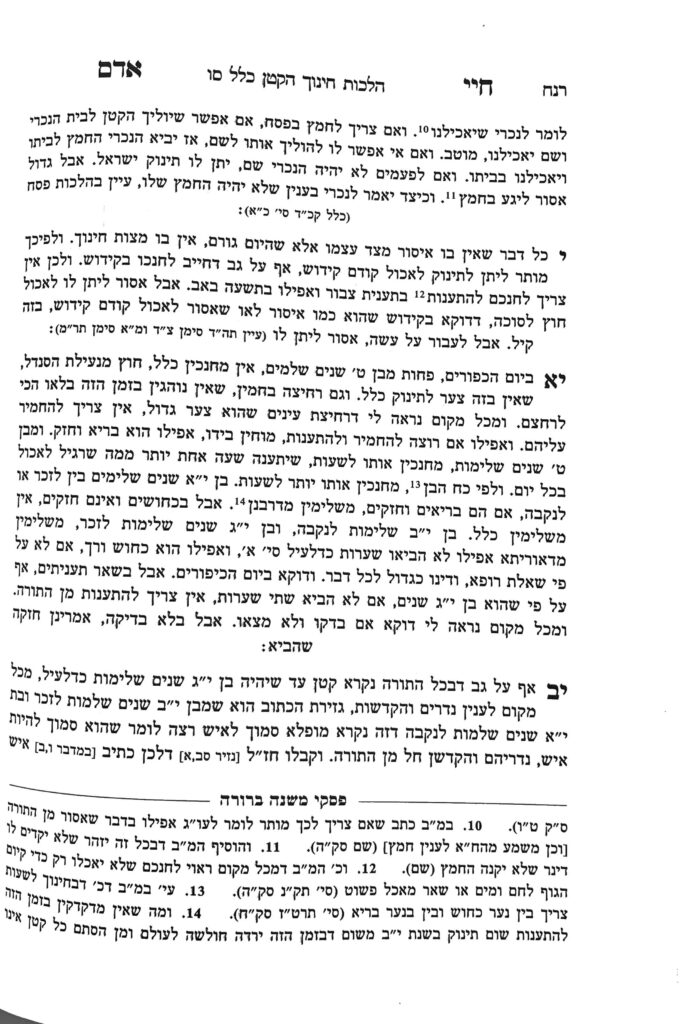