We have finished siman 3, where the Chayei Adam clarified that although the Gemara speaks about demonstrating kavod through speech and actions, one must also demonstrate kavod through attitude and thought. We learned that the Chayei Adam writes that a person has a chiyuv to perceive their parents as among the greatest of the generation. Today, we will discuss some practical tips for implementing this thought process.

The nature of people tends to be that we put people which we like or have gained from on a pedestal. We judge them favorably and overlook their shortcomings. For example, if a close friend forgets to invite us to a wedding, we are more likely to assume there was an oversight or issue with the mail rather than something deliberate. If someone with whom we are not as close makes the same mistake, we are more likely to judge them. Similarly, we are more likely to look positively at a rebbe or rav from whom we have benefited.

The Chayei Adam explained that the concept of kibbud av v’eim is rooted in hakaras hatov. A person must think about the gratitude they have to their parents simply for being the vehicles to bring them into the world and allow them to do torah and mitzvos. Most children receive significantly more from their parents than just being brought into the world. If a child calculated the amount of money their parents spent on them, the sleepless nights taking care of them, the hours driving them to and fro, and so on, a child will begin to see their parents in a positive light and be able to see them as special people. In this manner, they can begin to shift their thought process to align with appreciating their parents as among the greatest of the generation, as the Chayei Adam writes.

The mitzvah of kibbud av v’eim is not just about speech or actions, but to create a new way of looking at one’s parents which a child feels internally as well. A person has a chiyuv to perceive their parents as among the greatest of the generation, and can align their thought process by thinking about how special their parents are for all of the countless time, money and resources they invest in them. 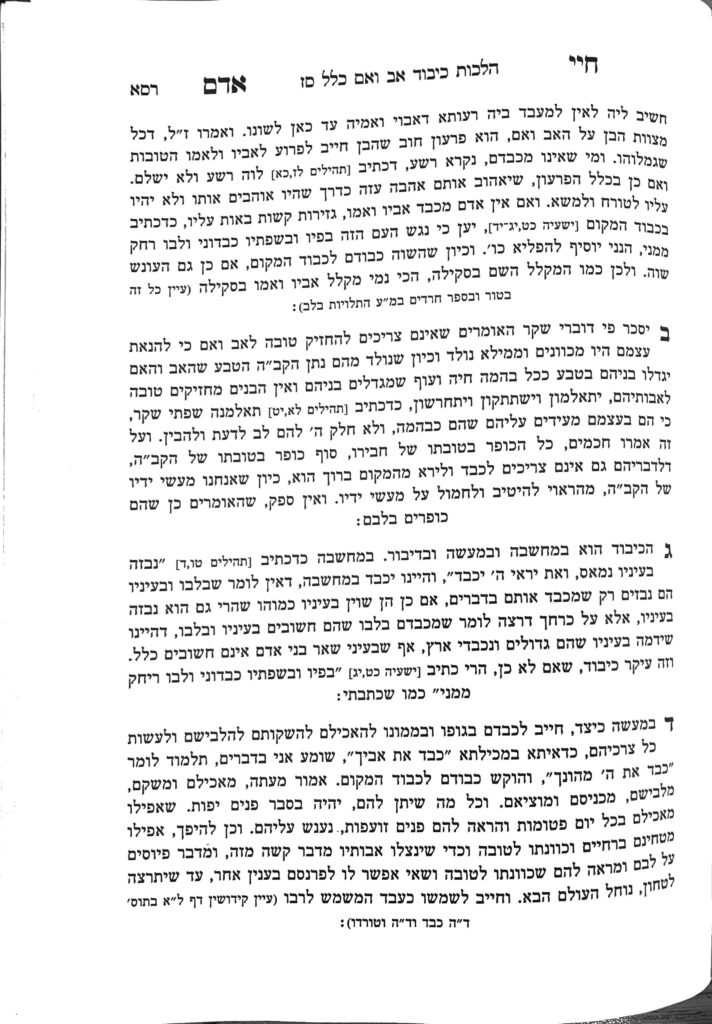