We are continuing in siman 13, where the Chayei Adam discusses direct conflict between kibud av v’eim and a mitzvah. We learned that if a parent asks a child to transgress even a mitzvah derabanan, the mitzvah derabanan overrides the mitzvah of kibud av v’eim. This halacha is not sourced in any Gemara, but is added by the Rambam. The Beis Yosef follows the Rambam, brings it down in Shulchan Aruch, and the Chayei Adam follows it as well.

The Beis Yosef brings a second explanation. He suggests that the issue is kavod, in that since Hashem wants us to follow Chazal, every time we follow Chazal we are being mechabeid Hashem. Kavod for Hashem overrides the kavod due to a parent, and therefore a child must  follow the mitzvah of Hashem rather than the parent’s directive.

The Chayei Adam writes that although certain conflicts may be obvious, such as a parent asking a child to break shabbos, other situations may not be as clear, especially in the realm of bein adam lechavero. For example, a parent forbids a child from speaking to a specific person, or commands that a child speak lashon hara regarding a specific person, or not to forgive another person who did something wrong to them. Although, in the parent’s mind, they are standing up for the child’s kavod, the child should not listen to the parent. There are issurim in the Torah against hatred and bearing a grudge, and not allowing a child to speak to the person who hurt them does not allow for the hatred or grudge to be removed.

The Chayei Adam adds that it is assur to hate any member of Klal Yisroel, unless they are doing aveiros and one feels righteous anger or indignation against them. Dovid Hamelech says in Tehillim (139:21), הֲלֽוֹא־מְשַׂנְאֶ֖יךָ הֹ’ אֶשְׂנָ֑א, those who hate Hashem, I (Dovid) hate as well. It is appropriate to have anger against such a person, but otherwise one should not hold anger against another Jew. Therefore, if a parent directs a child to continue to hate someone, whether actively or by not allowing the other person to appease the child, the child should not listen to the parent.

Two reasons for this halacha are either that a mitzvah derabanan has a deoraysa element to it, because of lo sasur, or that not following Chazal would show a lack of kavod to Hashem, and Hashem’s kavod overrides the parent’s. 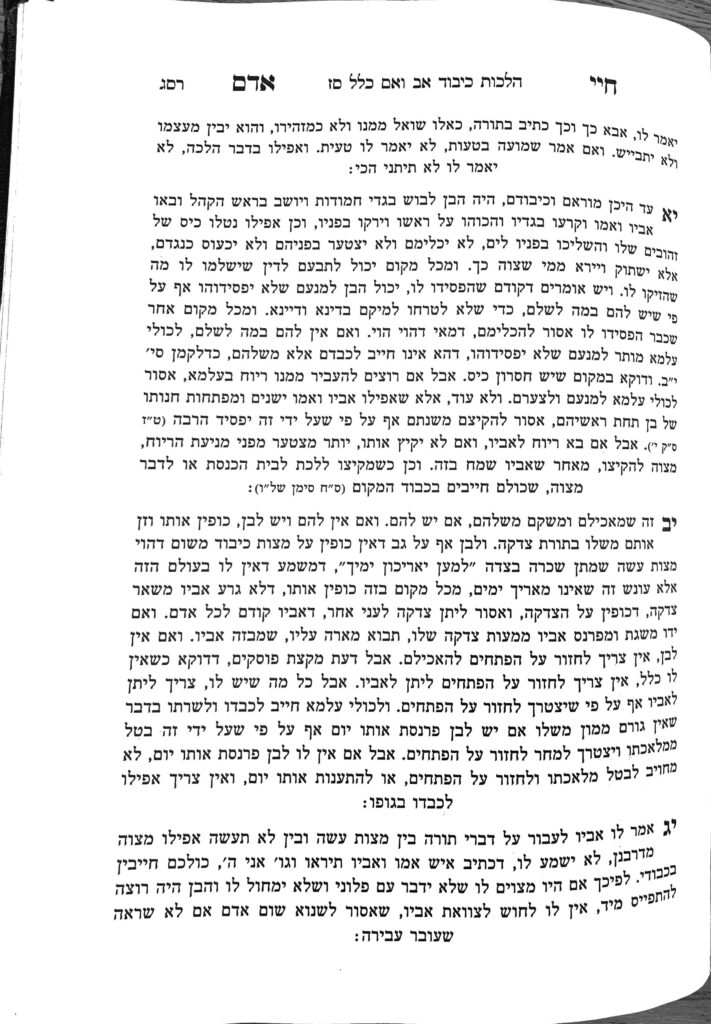