We are beginning siman 17. The Chayei Adam writes that the chiyuv kibud av v’eim applies to both male and female children equally. However, if a woman is married, and her husband is not allowing her to be involved with her parents because he needs her to assist him, she is exempt from kibud av v’eim. If the husband is not protesting, she is chayav like anyone else.

The poskim point out that it appears from the wording of the Chayei Adam that the reason for her exemption is the husband’s disapproval. However, the poskim understand that the actual reason for her exemption is her responsibilities towards her husband/home which preclude her from being available, and the wording of the Chayei Adam should not be understood literally. The Gemara’s wording is, “it is not in her control to be available [for her parents]”, in line with the understanding of the other poskim. If she does not have any responsibilities, but the husband is simply disapproving of her involvement in kibud av v’eim, it would be a chiddush to say that she would be exempt from kibud av v’eim.

Even when a married woman is exempt from kibud av v’eim, she is only exempt from kavod (i.e., acts of service). Morah (respect, etc.) will apply regardless.

In the parentheses, the Chayei Adam points out that according to some opinions a son-in-law has a chiyuv deoraysa of kibud towards their father-in-law. If so, we should apply the same sevara we learned yesterday (shiur 1248), that since both the son-in-law and daughter are chayav in kibud towards the father/father-in-law, the kavod of the father/father-in-law should take precedence over the kavod of the husband. However, if we understand that the woman’s exemption towards her parents is not out of kavod towards her husband, but as a result of her responsibilities which preclude her from the mitzvah entirely, we can understand why her father does not take precedence.

Certainly, it is most appropriate for a son-in-law to encourage her to perform kibud av and be mochel his kavod. Similarly, it is appropriate for her parents to try to refrain from putting a married daughter in this dilemma.

If a woman is serving a meal, and both her father and husband are at the meal, the poskim write that her husband should be served first, in line with what we have just learned. Obviously, it is appropriate for the son-in-law to be mochel on his kavod and instruct his wife to serve the parents/in-laws first. 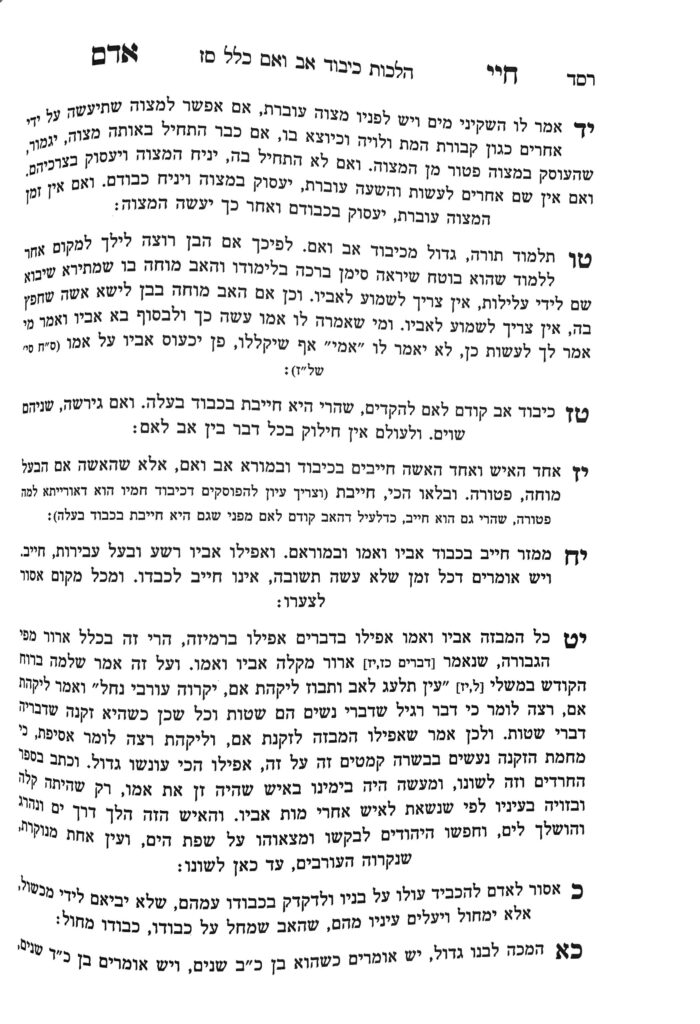