We are continuing in siman 6, discussing the concept of zrizin makdimin. Today we will clarify the different leshonos found in Chazal regarding doing mitzvos with alacrity.

There are a few concepts found in Chazal regarding doing mitzvos with alacrity, and they seem to overlap.

We will clarify the differences between these concepts.

The difference between zrizin makdimin and ain ma’avirin is that ain ma’avirin applies once a mitzvah has already presented itself, either in physical presentation (e.g., tefillin in front of me) or in time, (e.g., whether Purim should be in Adar I or Adar II). We discussed the parameters of this concept previously (see siman 1).

Mitzvah haba’ah leyadecha al tachmitzena refers to a mitzvah which has already presented itself (hence haba’ah leyadecha, it has already come into one’s hand). Once it has presented itself, a person should not make it wait. The Chayei Adam understood this concept to be the source of ain ma’avirin. The difference between these two concepts is that ain ma’avirin refers to passing or ignoring the mitzvah currently in one’s hand completely. Mitzvah haba’ah leyadecha refers to waiting or delaying before performing a mitzvah currently in one’s hand, even if they do not plan to pass over it completely.

Shihuyei mitzvah lo mashhinan is understood to be referring to the concern that if one does not perform a mitzvah immediately, they may lose the opportunity. (Even if one is guaranteed that they will not lose the opportunity, this concept additionally includes the hiddur that something which one is excited about should not be pushed off.)

There are other approaches as well to understanding the difference between these concepts, but this is the approach we will work with. 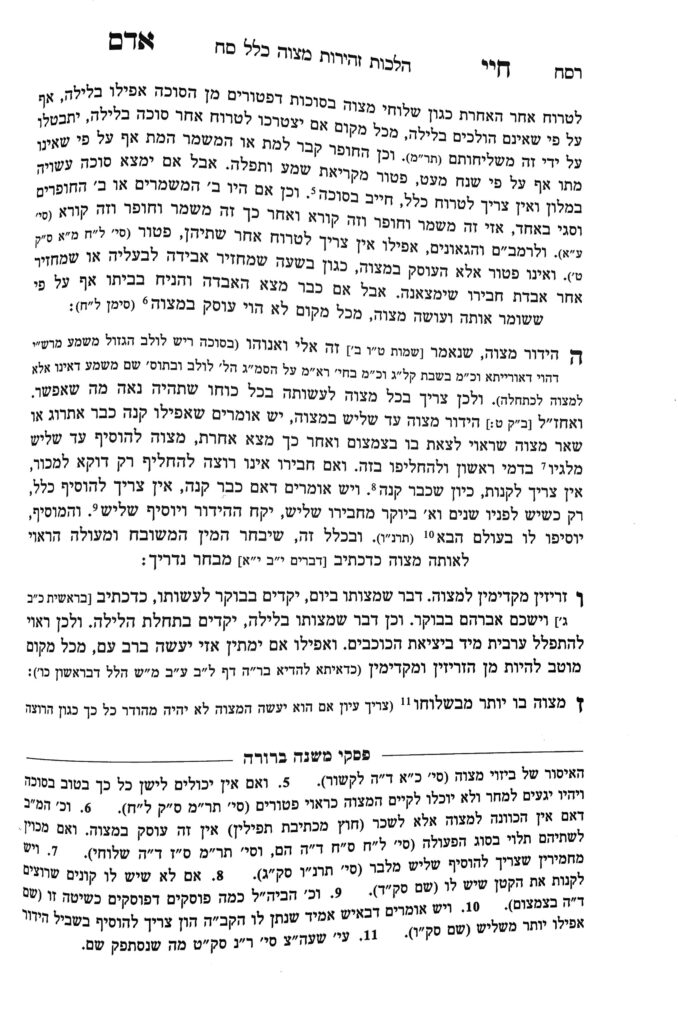