We are beginning siman 8. The Chayei Adam writes that the fecal waste of a katan is an issue of tzoah when the child is able to eat grains, and can eat a kazayis in the time it takes a regular adult to eat a peras (3 beiah). If the child does not eat baked goods, but eats cooked grains (cream of wheat, etc.), we calculate the peras based on how long it would take an adult to eat that type of item.

The Chayei Adam writes that if it is known that the child has not eaten grains recently, the tzoah is muttar. The Piskei Mishnah Berurah points out that some disagree, and hold that once the child is able to eat grains, their tzoah becomes a problem even if it is known that they did not eat grain recently. Either way, all agree that the tzoah of an adult is always assur, regardless of what they ate.

The Chayei Adam writes that even with the leniency he wrote, lechatchilla, one should never learn or daven in the presence of a katan, because it can be assumed that a katan plays in the ashpah. This issue is clearly less of an issue nowadays. The Chayei Adam continues, and writes that lechatchilla, one should try to avoid learning or davening in the presence of triage of  a katan who is even eight days old. The Piskei Mishnah Berurah (note 36) points out that the Mishnah Berurah agrees that it is most appropriate to distance from the tzoah of a katan from eight days old. Thus, for example, if a baby having a bris is uncovered, and there is tzoah, technically one could make brachos in their presence. However, practically speaking, the tzoah is removed before proceeding with the bris.

In siman 10, the Chayei Adam discusses the chair placed around the chamber pot, which we will discuss in the next shiur, be’ezras Hashem. 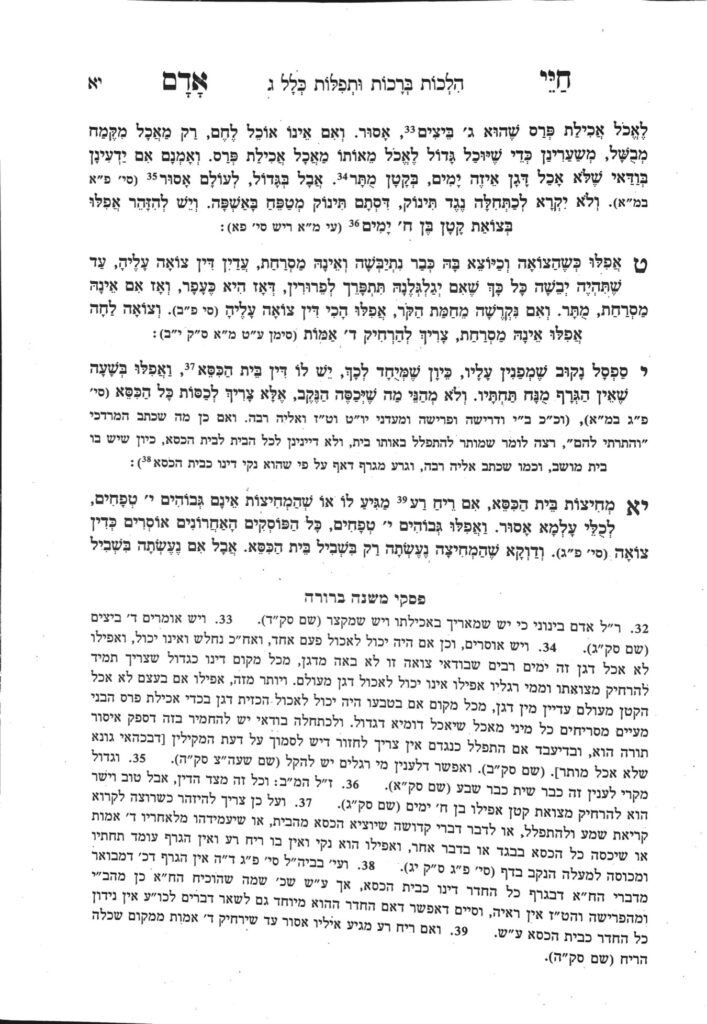