We are beginning siman 13, continuing the halachos of reiach ra (bad smells). The Chayei Adam writes that reiach ra is only an issue when the source of the smell is still present. If the item has been removed, and the smell is still dissipating, the smell is considered a reiach she’ein bo ikar. To explain, the problem we have been discussing until now regards the issur deoraysa of reciting divrei kedusha while adjacent to tzoah. Chazal expanded the concept to when the tzoah is adjacent to a person, even through sight and  smell. They explained that is also considered that the tzoah is in your place. Since we see that the issur is based on presence, when there is no presence, there is no problem. That is a case of reiach sheyesh bo ikar.

Now we will see how reiach she’ein bo ikar, which is derabbanan, differs.

An example includes a person passing gas. The gas is produced through the decaying of the body digesting food. Since the food is still in the body, it is considered that the source of the smell is not yet in this world, so the gas is considered reiach she’ein bo ikar. Thus, one only needs to distance from the smell itself, and not an additional four amos.

We will learn a unique heter when it comes to learning. Chazal understood that if people learning would need to distance themselves from gas, it would curtail people’s ability to learn. Since distancing from reiach she’ein bo ikar is a din derabanan, they enacted that only the person who passed the gas must distance from it, but others do not have to interrupt their learning. However, for davening, others must distance themselves from the smell as well.

The Chayei Adam continues, and writes that we learned that if tzoah is visible, one must distance from it appropriately, as we have learned until now. He suggests that if the tzoah is moving (i.e., is being moved), a distance of four amos would be sufficient. This is a machlokes, and the Chayei Adam does not give a final psak. The Mishnah Berurah points out that this question is a safeik deoraysa, so one should be machmir lechatchilla. Thus, for example, if one davened in its presence, they would repeat shema, but they would not repeat the brachos due to the safeik of a bracha levatala. 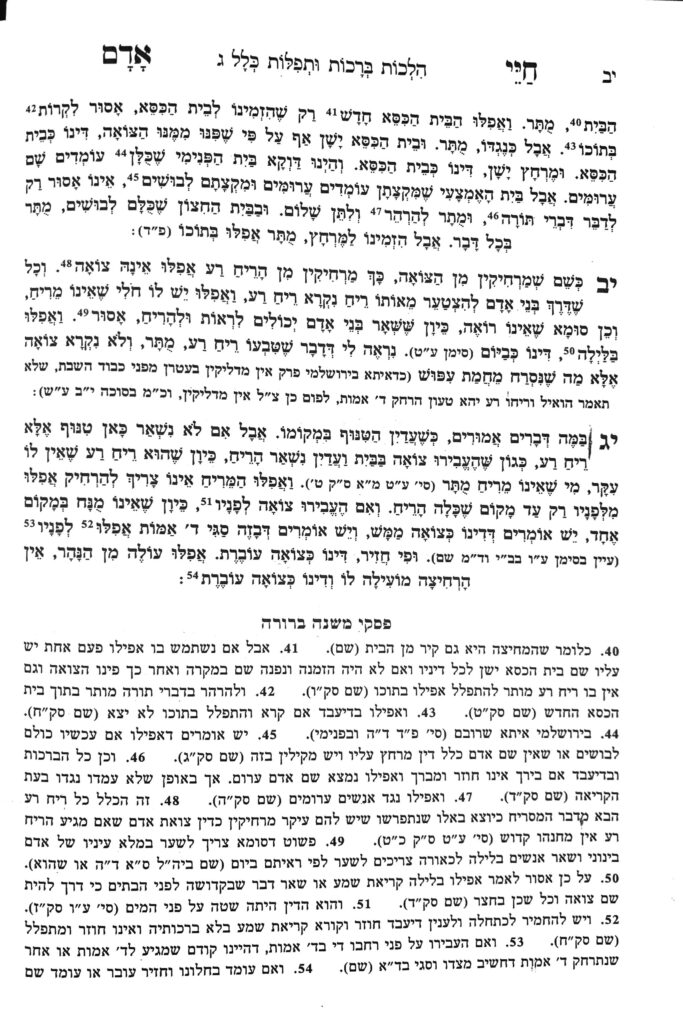