We are beginning siman 25. We learned in siman 13 that if one passes gas, the one who passed gas is not allowed to learn or daven, but other people are allowed to learn but cannot recite brachos or daven (shiur 1517). In our siman, the Chayei Adam discusses a person who has tzoah on their body, such as due to picking up a child. We have learned (shiur 1510) that a covering works to solve an issue with tzoah; however, when it is on one’s body, a covering does not help.

The Chayei Adam explains that the pasuk says kol atzmosai tomarnah, which teaches us that every part of a person’s body must be clean when involved in devarim shebikedusha. The Chayei Adam writes that it is comparable to tzoah in the same reshus as a person (i.e., within the same machaneh), where we learned that everyone holds that even shutting one’s eyes does not help, and even when it does not smell one must still distance from it (see more shiur 1511).

The Chayei Adam continues, and writes that can argue that the pasuk of kol atzmosai tomarnah only requires that the eivarim shehaneshama teluyah bahem (primary body parts which are needed for life) are free of tzoah.

Further, according to this thought process, even parts of the body which are necessary to live but are internal would not be included. For example, tzoah on the skin opposite the heart would not be a problem, because the tzoah is not actually on the body part. The only issue would be tzoah in the vicinity of the nose or mouth, since the nose and mouth are necessary for breathing, as the pasuk says kol haneshama tehallel Kah. The Chayei Adam concludes that one may rely on this leniency in a shaas hadechak.

On the other hand, the Chayei Adam writes that with this opinion, we understand why Chazal were machmir on the smell of tzoah. Since the keilim which are praising Hashem are connecting to the tzoah, it is as though they are touching the tzoah directly. The same kli which is praising Hashem is also interacting with tzoah, and Chazal understood that to be inappropriate (see shiur 1518). 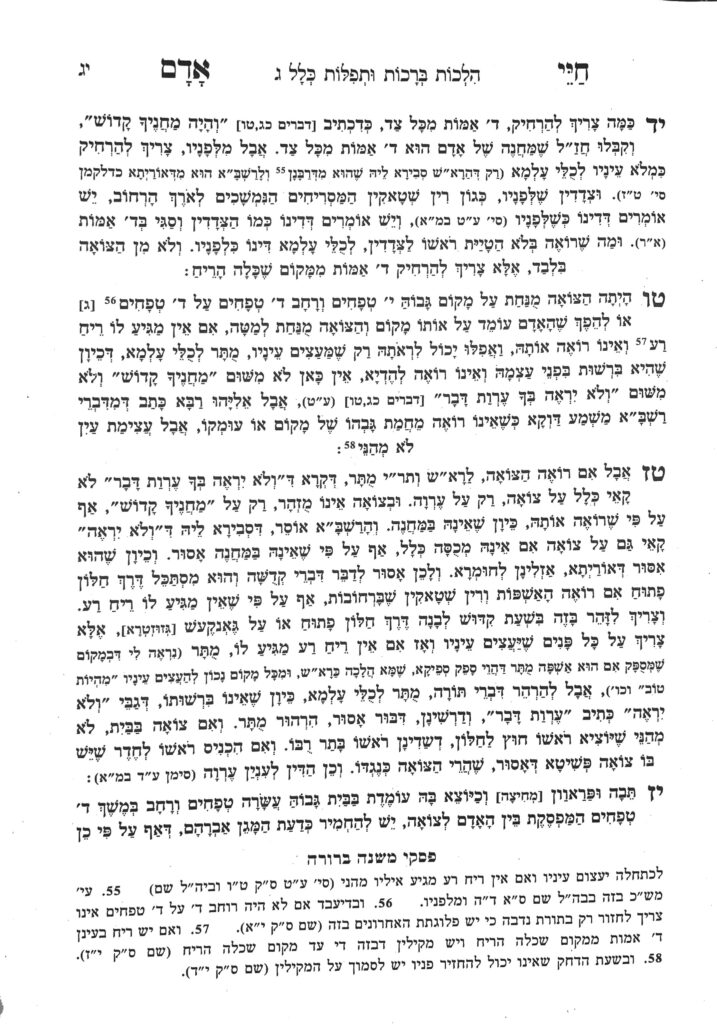