We are beginning siman 6. The Chayei Adam introduces another consideration which would mitigate the concern of shinui makom, known as ro’eh mekomo. If one can still see the original place in which they began, they do not need a new bracha rishona. Thus, for example, in the case discussed yesterday of leaving one’s apartment and going out to a common area, if one can see even just a part of the original makom from which they began, they would not need to make a new bracha because we do not consider it a shinui makom. This halacha applies even without having daas, and even without being within the same room.

The Shulchan Aruch does not mention this consideration in hilchos brachos, but discusses it in hilchos Shabbos regarding kiddush bemakom seudah. A person must make kiddush in the place in which they will eat their seudah. The Shulchan Aruch brings the concept of being able to see the original place as a situation which would be considered a Kiddush bemakom seudah. In defining a “place” for kiddush, the Gemara in Pesachim equates these (kiddush and brachos) halachos. So we can extrapolate from the din in Kiddush bemakom seudah that being able to see the original place works, to the halachos of shinui makom.

The Chayei Adam brings a proof to the validity of ro’eh mekomo from a Gemara in Zevachim. In the midbar, kodshim kalim could be eaten throughout the machaneh Yisrael. The equivalent in the beis hamikdash was that kodshim kalim could not be eaten beyond the walls of Yerushalayim. When the Mishkan was in Shilo, there was no machaneh nor walls surrounding it, and the Gemara writes that one could consume kodshim kalim as long as they can see even a part of Mishkan Shilo. Thus, we see that ro’eh mekomo is considered a valid consideration of being in the same makom.

The Gemara discusses whether one who can see the mishkan while standing but cannot see it when seated can eat the korban from that place, and does not give a clear answer. The Chayei Adam writes that, in his opinion, for the halacha of shinui makom for brachos, one may consider it the same makom and not make a new bracha.

Although there are some achronim who disagree, this halacha is brought by the MIshnah Berurah, Magen Avraham, Chayei Adam and Shulchan Aruch Harav, and thus is the accepted halacha. 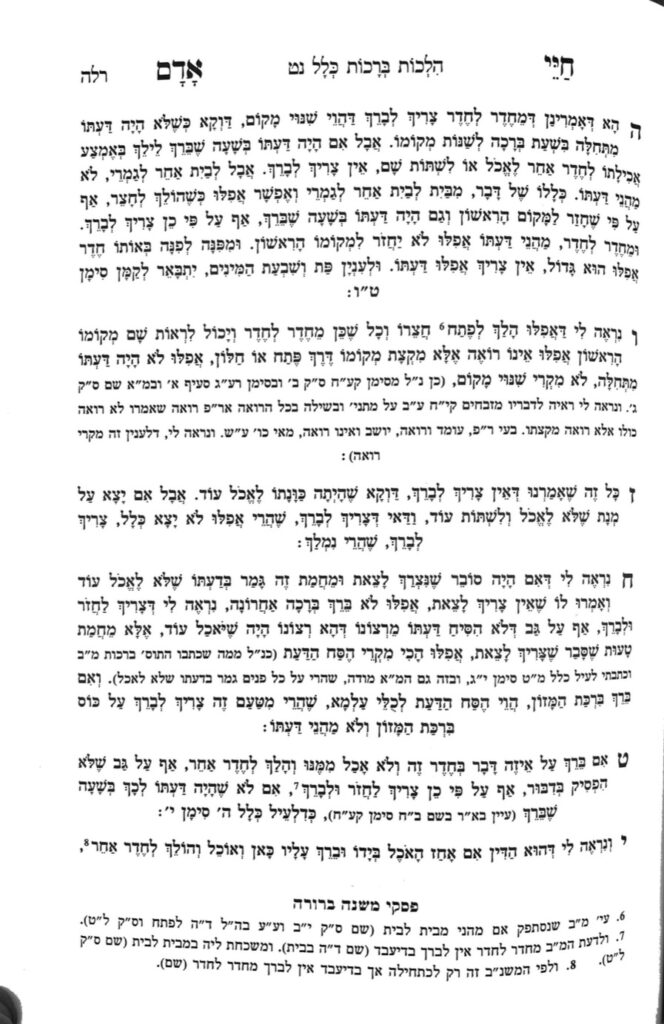