We are beginning siman 8. The Chayei Adam discusses the halachos of kedima, proper order, for brachos on smell. In the same way that we have an order regarding food items (hamotzi precedes mezonos, etc.), there is an order regarding smells as well. We have learned that the reason for the precedence regarding food is because the more specific the bracha, the more chashuv the bracha; this concept applies to smells as well.

The Chayei Adam writes that if one has many items of different birchos hareiach, the bracha of hanosein reiach tov bapeiros precedes all other items. Next, one would make the bracha of borei atzei besamim, and then borei isvei besamim. Finally, the bracha of borei minei besamim comes last, as it is the most general bracha and works for all items (similar to shehakol).

The Chayei Adam order applies where each item is separate. If the items are mixed together, one would make borei minei besamim on the entire mixture. If one is able to separate the items, the Elyah Rabba holds that one should try to make each bracha separately.

The Chayei Adam adds that the bracha of borei minei besamim is a valid bracha on all smells bedieved. In this manner, it is similar to shehakol working on all foods. The Chayei Adam adds that if one makes a shehakol on a smell, there is an opinion that one is yotzei. The argument that shehakol works on smells stems from the fact that the meaning of the bracha-that everything comes into existence through the word of Hashem-is applicable to smells as well. Although we do not hold of this opinion lechatchilla, one would not correct themselves and make a new bracha if they made a shehakol. 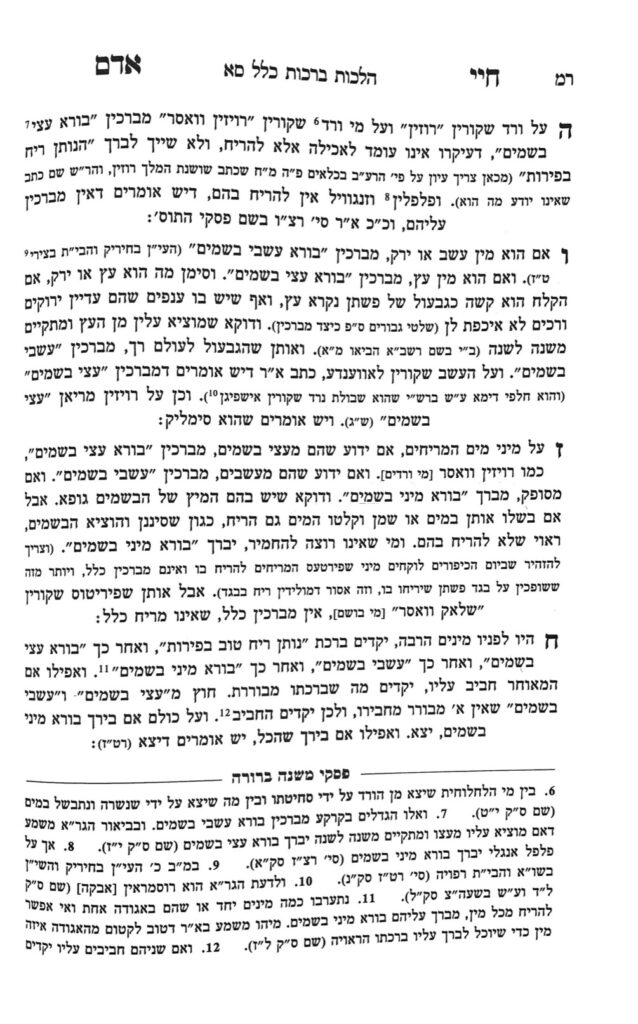