We are continuing in siman 4, regarding the bracha of sheasah li neis bamakom hazeh.

The Chayei Adam brings an opinion that immediately after a neis, a person recites hagomel, and they subsequently recite the bracha of sheasah li neis on a regular basis every 30 days, even if they are not at the location of the neis. We do not follow this opinion, but rather only recite the bracha at the location of the neis, as we have learned previously.

At the end of the siman, the Chayei Adam writes from the Shelah that if a person experiences a neis which requires reciting hagomel, since they are chayav to thank Hashem, they should recite parshas todah. If the Beis Hamikdash were standing, they would bring a korban todah, so they should recite the pesukim as a substitute.

The Piskei Mishnah Berurah quotes the Chayei Adam as he writes elsewhere regarding a personal neis which occurred to his family. There was an explosion of gunpowder in the courtyard in which they lived, and his daughter became trapped. When she was saved, the Chayei Adam paskened that his daughter should recite the bracha sheasah li neis bamakom hazeh on that location, in addition to hagomel. The rest of the family, who were not in as life-threatening of a situation, only recited hagomel. In addition, the Chayei Adam instituted that they would be modeh to Hashem for this neis every year on the anniversary of the neis. He writes that they would begin by reciting the pesukim of the korban todah, in Vayikra 7:11-16 and in Vayikra kapitel 3. Then, they would read through all of the halachos of bringing a korban todah, as though they were bringing a korban. Finally, they would recite a yehi ratzon, asking Hashem to accept their reading of the details of the korban in place of the actual korban, due to the lack of the Beis Hamikdash.

The Mishnah Berurah adds that one should give the value of a korban to tzedakah, and daven that the tzedakah given should be accepted as though they actually brought a korban.

In siman 5, the Chayei Adam writes that if the neis took place on an upper floor, and the person to whom the neis occurred lives on a lower floor, they recite the bracha every 30 days (provided they go upstairs), and the building is not considered as one makom.

When a person recites the bracha, they should be standing and standing still, and stand as accurately as they can to the exact place in which the neis occurred. 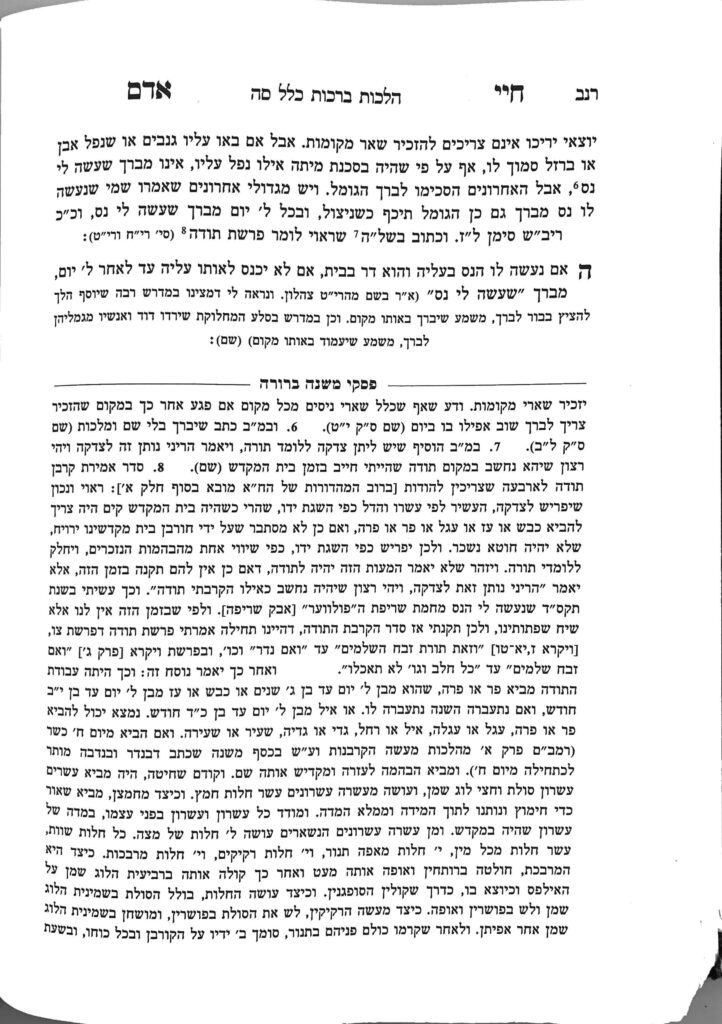